Lessons I learned from hustling in the 'gig economy'

Are Christian activists behind a breach of 18M voter records?

Chris Vickery could hardly believe what he was looking at: millions of bits of personal information
Center for Investigative Reporting Link to Story

At first, Scott McCord thought the boxes contained trash and nearly tossed them out
Center for Investigative Reporting Link to Story

More than 10,000 people have been found deceased without an identity in the United States
Center for Investigative Reporting Link to Story

How subpoenas can turn your personal info against you

On May 1, 2008, at 4:59 p.m., Brad Kleinerman entered the spooky world of homeland security
Center for Investigative Reporting Link to Story

As drone debate rages, police move on to spy planes

Who needs stinking drones when you have an all-seeing manned plane?
Wired Link to Story

G.W. Schulz has been an investigative reporter, writer, and media specialist for 20 years. He spent nearly eight years at the Center for Investigative Reporting prior to graduate school covering security, technology, digital rights, and criminal justice.

In 2015, he released a multi-platform project with the center exploring the thousands of people found deceased in the United States and never identified. The project won numerous awards, including a national Sigma Delta Chi award, two National Headliner Awards, two national Edward R. Murrow awards, and a national Emmy.

It was published and aired in partnership with major daily newspapers and websites, PBS NewsHour, and the CIR-produced public radio program Reveal, which broadcasts on public radio stations around the United States.

His other reporting has won a regional Emmy in Public Affairs for a documentary showing that the sheriff of Los Angeles County secretly experimented with high-altitude surveillance technology. Schulz additionally won a National Headliner Award for reporting on deadly accidents in the Coast Guard and shared in a Tom Renner Award from Investigative Reporters and Editors for collaborative work with the Chauncey Bailey Project, which investigated the killing of a prominent African American newspaper editor in Oakland.

Schulz has reported stories for NPR, PBS, Wired.com, Newsweek, The Dallas Morning News, Chicago Tribune, San Francisco Chronicle, Houston Chronicle, and others. Before CIR, Schulz was a staff writer at the San Francisco Bay Guardian and Urban Tulsa Weekly. He received an undergraduate journalism degree from the University of Kansas in 2003 and a graduate journalism degree from the University of Texas in 2018. 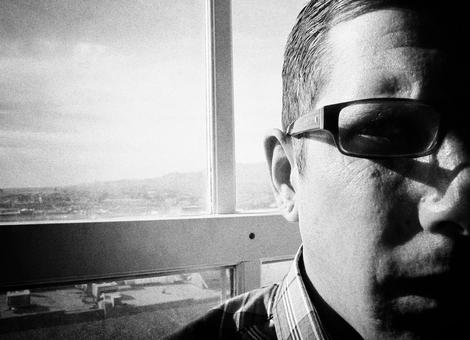